I was chatting with some founders the other day about the challenges we normally face after launching the MVP / SLC / MLP (whichever variation resonates with you 🙂).

One of the founders in the conversation was really down and feeling a sense of hopelessness at their lack of progress. I felt for the dude. I’ve been there and it is a terrible feeling.

Maybe you can also relate to some or all of these feelings:

Whether you’ve started a new business, taken the lead on a major release, or launched a complicated marketing campaign, there are moments when you lift your head off of your desk and say to yourself …

You can probably guess that the next thing I’m going to say is, “This is totally normal … Trough of Sorrow … yada yada.”

I mean, that’s true, and I could preach on that.

But in my experience, when you’re in the Trough of Sorrow, you couldn’t care less that it’s normal.

All that matters is that it sucks and you want out.

You’ve probably seen some variation of this image: 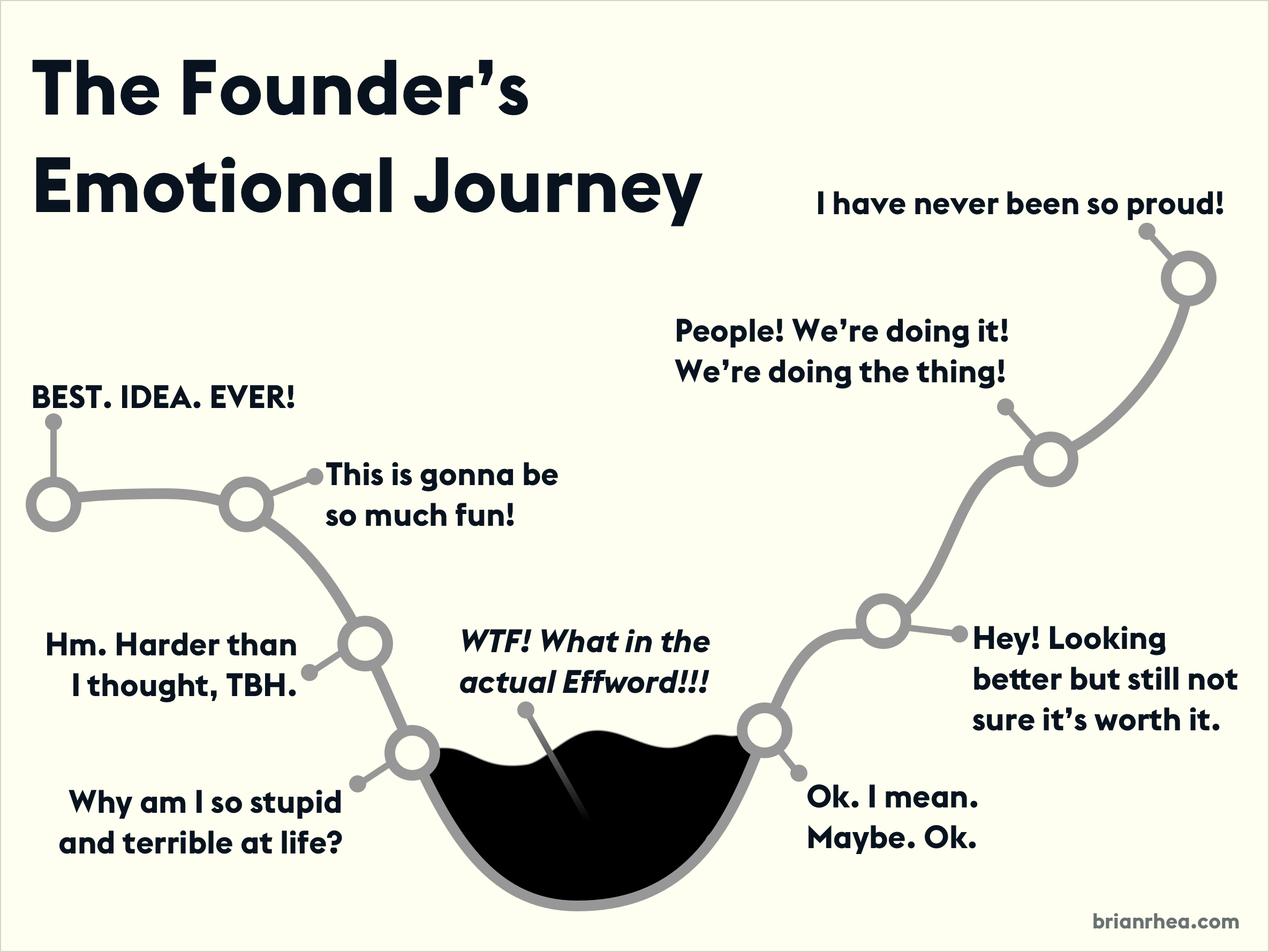 You suck, Dark Swamp of Despair.

It goes by many names:

It’s common enough to have nicknames, you know?

And we’re talking here about building software or starting a business, but heck, that graphic pretty fairly describes preparing for Christmas, going on a big vacation, or deciding which coffee shop you want to work from this morning.

Maybe not the last one so much.

But sure, I’ll confess to an unreasonable outburst in a moment of weakness when I couldn’t find a power outlet at my favorite spot. Don’t judge me.

Anyway, knowing that the SwampTrough™ is normal might be sort of comforting, but it’s not exactly actionable.

The way out, I’m afraid, almost never comes in the form of rocketship virality or hockey stick growth. And even those stories, the “overnight successes” were five years in the making built on a foundation of preparation, hard work, and yes, seasons of despair.

No, the way out, unsatisfying as it may be, is one tiny accomplishment, building up compound interest one day at a time. 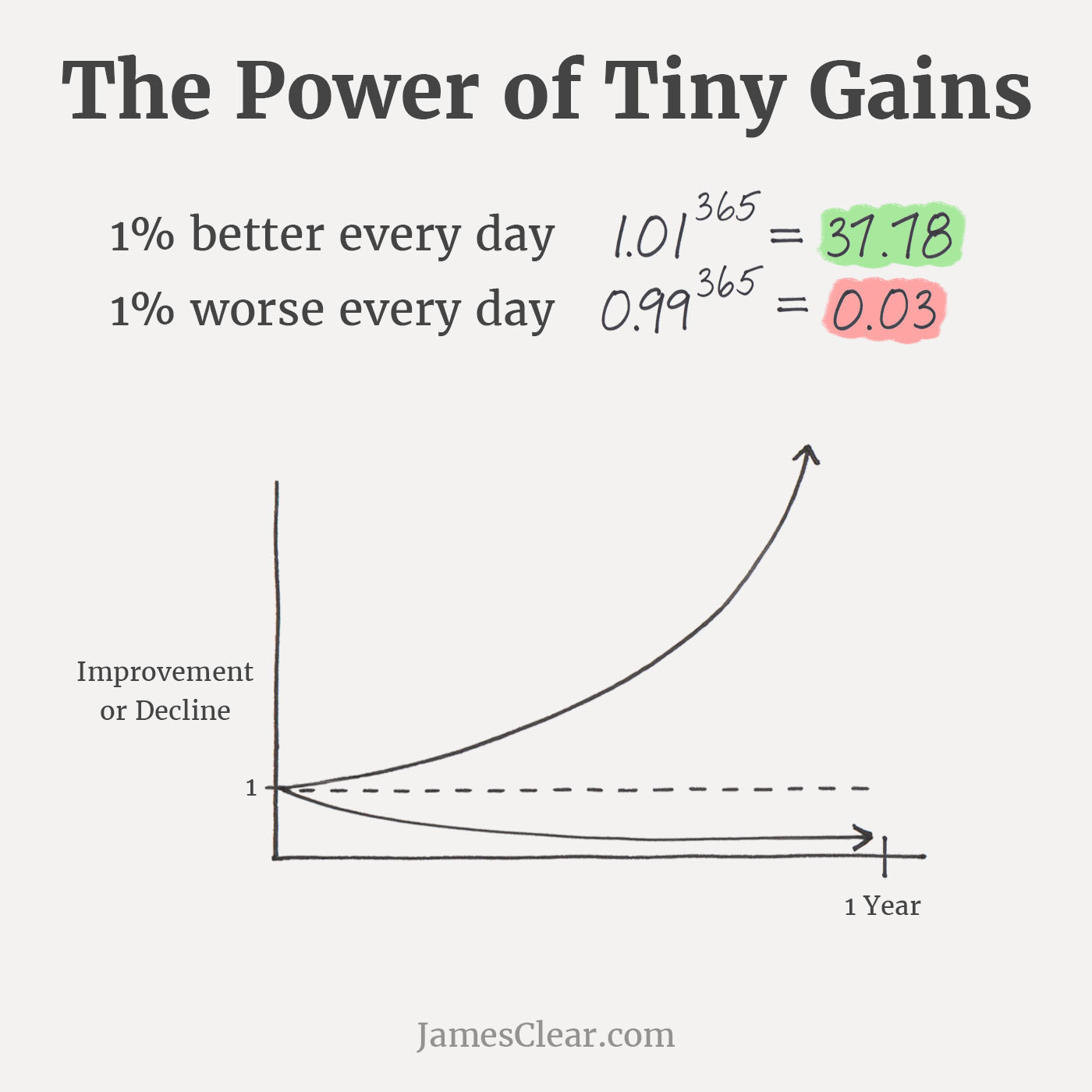 If my discouraged friend ends up investing his time, energy, and budget into a quick-fix solution, the sad truth is that he’ll likely end up even more discouraged than before.

The more realistic and achievable approach to escaping The Epic Cavern of Anguish™ is simply this:

And then, tomorrow, keep the streak alive.

This approach is what James Clear describes in his book “Atomic Habits” and it’s a far more reasonable and realistic method (and therefore, more believable) than the “You’re one hustle away from a Lambo” funnel-tastic pipe dreams getting pitched on Entrepreneurship-Instagram.

“Let’s take a deep breath and piece this problem apart.”

In chatting with this founder, we began to pick the weight of his struggle apart and identify small, tiny pieces that could be addressed one tiny step at a time and I offered to do a few customer interviews for free to help him feel a sense of momentum.

I hope it helps. It’s the kind of thing that’s helped me get unstuck when I’ve felt overwhelmed.

If this resonates with you, let me recommend two things:

Either way, take this to heart: If you’re doing something creative, if you’re trying something new or hard, accomplishing one tiny thing per day is enough to consider that day a success. Full stop.

A Few Things I Enjoyed this Week